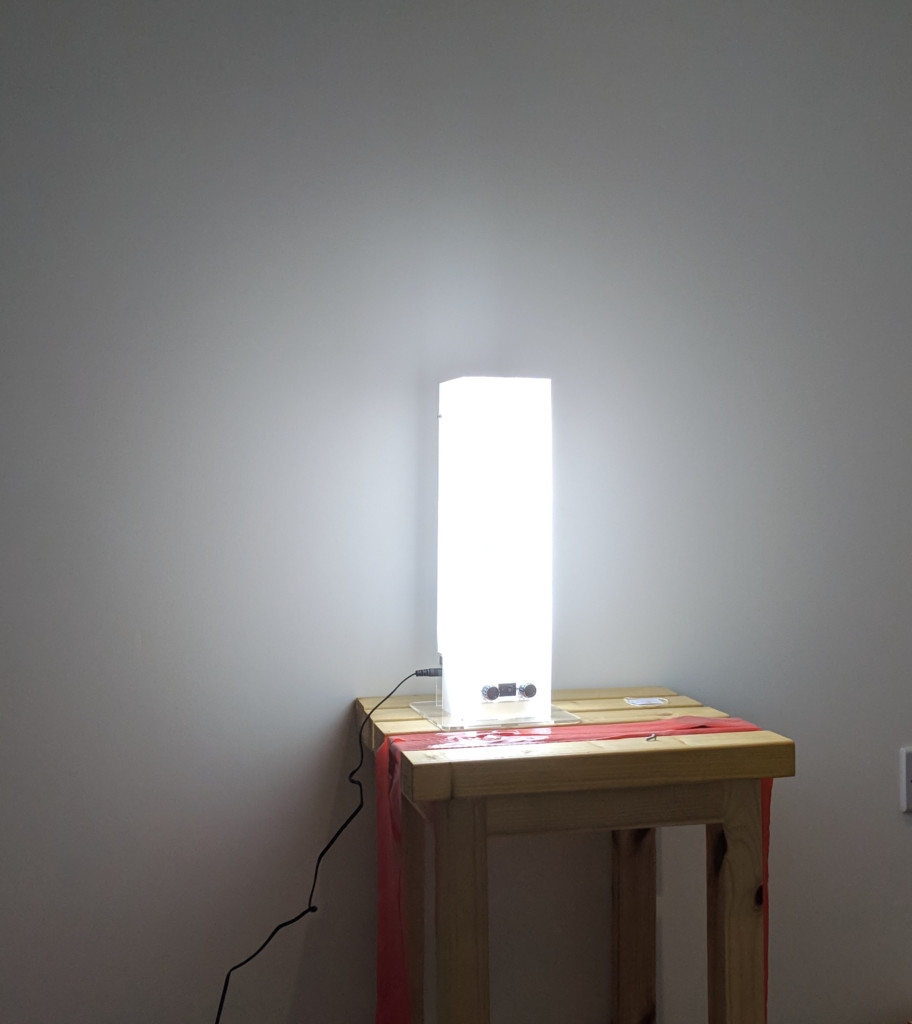 Welcome to the first post of the blog series on Project UnnaturalLight, an LED lamp with adjustable colour temperature.

Many Shades of White

The sun changes colour throughout the day, as observed from a fixed point on Earth. In the morning, it looks orange/red, and as the day goes on, it will turn blue/white as we hit the middle of the day, and then eventually orange/red again as the day draws to a close.

This is because of Earth’s atmosphere, and how it scatters light at different wavelengths differently, letting more of some to pass through than others.

So why is colour temperature important in the design of a lighting system? Because of the fact that life on Earth evolved in the presence of the sun.

Many animals, including humans, have evolved to take advantage of this daily lighting pattern to regulate our sleep/wake and metabolic cycles. In humans, the hormone melatonin is responsible for regulating a bunch of circadian processes happening inside the body. Examples include “sleep-wake timing, blood pressure regulation, [and] seasonal reproduction” (Wikipedia). How cool is that?!

Blue components of light (there’s a lot more of that in the mid-day sunlight) suppresses melatonin production, and keeps us awake and alert. Lack of blue component in our lights makes us sleepy.

This is why most office spaces and shops use cool/blue lighting, but if you go look for lightbulbs at a supermarket where they mostly sell to consumers replacing bulbs at home, you’ll see mostly warm/yellow lights.

This separation works reasonably well if your work and living spaces are separate, but if you work at home and don’t have a dedicated room for work, using fixed colour temperature lighting is not really ideal.

This is also useful for people who work unusual hours and need a way to better control their circadian rhythm.

The solution? A lamp with adjustable colour temperature!

Before we look at colour temperature, we need to cover a bit of physics. In particular, black-body radiation.

As it turned out, if we heat an object to a very high temperature, it will radiate energy in a spectrum (and hence apparent colour, even though it’s really a blend of many wavelengths) that depends almost entirely on the temperature and nothing else – not even the material. At low temperatures most of the radiation is in infrared, but as we get to about 2000K (1727C), we get more and more energy in the visible range, starting with red, orange, yellow, and going up to white and blue as we get to 5000+K. This effect is called black-body radiation.

How the spectrum changes with changes in temperature:

(Image by Dariusz Kowalczyk, from Wikipedia)

So the easiest way to generate light from electricity is to just heat something up. That’s how incandescent light bulbs work. Tungsten has one of the highest melting points among all materials we have discovered at 3695K (3422C), and that’s why we use it to make light filaments. We heat tungsten up to about 2823K (2550C), and basically use it as a black-body radiator.

This method has 2 disadvantages:

In the late 19th century people started looking into different ways to generate light without heating things up to crazy temperatures, and the two most popular setups now are fluorescent tubes and LEDs. Both of which are much more efficient than incandescent lightbulbs.

For example, a 2800K LED bulb looks like a standard incandescent bulb, even though no part of the LED bulb is actually anywhere near 2800K. A 6000K LED bulb would produce similar colour to the mid-day sun, even though obviously it’s nowhere near the temperature on the surface of the sun.

What we are trying to build here is a lamp that has both low temperature (red/yellow) and high temperature (white/blue) LEDs, mixed at different ratios to make intermediate colour temperatures. We will be using pulse-width modulation with a microcontroller to achieve this.

The project is largely finished now, pending a few parts from China. Stay tuned for the next few posts on the mechanical, optical, and electronics design of the lamp!